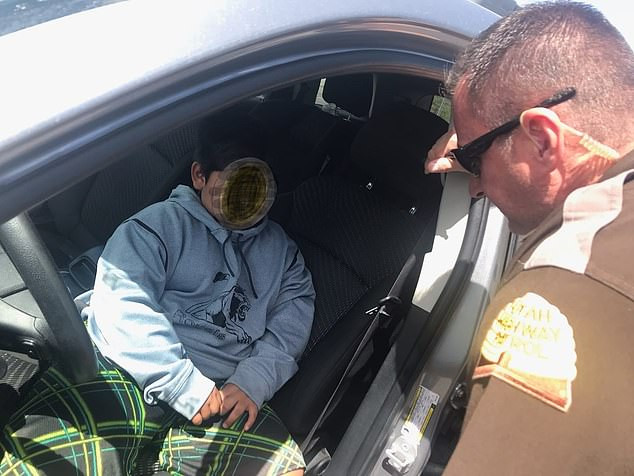 A police officer was left amazed by a 5-year-old boy who was found driving his parents’ car during a traffic stop at a freeway in Ogden, Utah.

The cop, Trooper Rick Morgan noticed an SUV driving willy-nilly and swapping between lanes on the road in the early hours of Monday. When the car was pulled over, Morgan said he was shocked to find a young boy behind the wheel.

“My speedometer showed 32 miles-per-hour. I was surpriseed that when he heard my siren, he did pull over and stopped.” Morgan told Fox 13.

“When I got to the window and the window came down, I wasn’t quite sure what to think about, as it was pretty clear that it was a young boy, very underage driver, he was sitting on the front edge of the driver’s seat so that his leg could reach the brake pedal.” He added.

When asked where he is driving to, the kid responded ‘California.’ The 5-year-old boy reportedly told Trooper that he left the house following an argument that ensued with his mother after she told him she wouldn’t buy him a Lamborghini.

Police says, the child had been trying to reach his sister whose house was in California and had believed to buy a Lamborghini when he got there, with the three ($3) dollars in his wallet.

‘The case might likely to have been much worse had he gone much further on the road,’ Morgan told the journalists.

However, the boy has since been taken home by the Police and reunify with his parents.