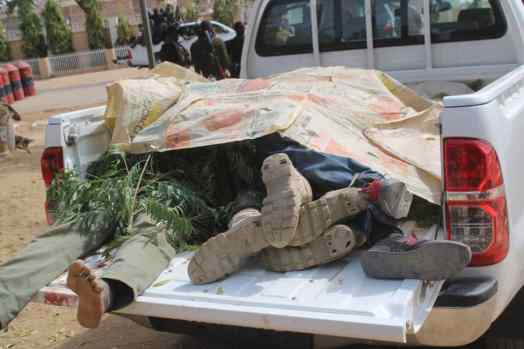 Following an attack which was launched by the Boko Haram terrorists in Dapchi, Yobe State, Nigeria.

It was reported that, on Wednesday March 4, not less than 5 policemen and two others have been confirmed dead during a fresh attack which was carried out by the Boko Haram Insurgents.

The Executive Secretary of Yobe State Emergency Management Agency (S.E.M.A), Mohammed Goje while confirming the report, told newsmen on Thursday March 5 that the personnel killed in the attack were some mobile police officers including two others who’s identities are not yet ascertained.

Goje who travelled in a small convoy with the commissioner for sports and youth development, Goni Bukar said he is in Dapchi with his team to evacuate the corpses of the victims killed in the deadly attack. He said; “We’ve just returned from Dapchi as you can see. We have evacuated eight dead bodies. Six of them could be easily identified as police officers [MOPOL], while the other two bodies could not be identified because neither the soldiers nor vigilante nor police could confirm their identities as their members.”

“The corpses of the victims had been deposited at the General Sani Abacha Specialist Hospital Mortuary, Yobe. We have given instruction at the mortuary that their corpse should be properly taken care of and their identification should be made known. They deserve befitting burials from their families.”

According to the Yobe SEMA boss, Mohammed Goje, the insurgents took along with them, one military vehicle and set ablaze one of the cars belonging to a yet to be identified person.

It was also reported that, the military base and part of the police base in the village was also set ablaze in the attack.