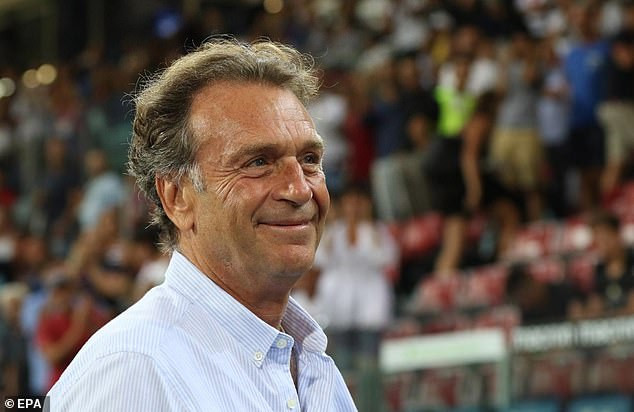 The owner of Serie A club Brescia, Massimo Cellino has revealed his status and that of his son and daughter. He revealed that he and his daughter have tested positive for COVID19.

According to the former chief of the Leeds United, he contracted the virus while traveling round the Italian cities, despite the strict Coronavirus lockdown order by the government. “I’ve been in Cagliari for a few days, after completing the 3-weeks compulsory isolation in Brescia, Cellino, 63, told La Repubblica. ‘I spent Easter in Sardinia with my family, I return back in a private jet after which we went for checkups and was confirmed positive.”

Nevertheless, after two weeks of being in quarantine in Cagliari, Cellino was tested alongside his daughter and son. However, the result confirmed that Cellino and his daughter tested positive, while his son tests negative for the deadly virus.

Brescia football club is located in the Northern region of Lombardy, an area that has been one of the most affected by the Coronavirus disease.

Cellino confirmed that he is experiencing severe pain in his bones and feels excessively tired. He however advised that there should be no prospect of returning football, especially at this stage.

Two Coronavirus patients discharged in Oyo state
I got no miracle after sleeping at T.B Joshua's Synagogue Church for weeks - Daniel Amokachi

‘To make it in life, you must do this’ – Singer, Peruzzi
Instagram big boy, CMC shuns Bobrisky, says ‘being a yahoo boy is better than getting fu**ked in the Ass
Bobrisky drags Instagram big boy, CMC for failing to give Erica the N2 million he promised
Erica dragged on social media for not wearing a bra during her visit to Dele Momodu’s house
Loading...