The Nigerian Police were warranted to arrest a Nigerian man, popularly known as Cent Remmy at his home after he caused panic at the airport two weeks ago by allegedly making a prank at the Airport, pretending to have been infected with the deadly Coronavirus.

Remmy who was arrested at his Lagos home resident earlier today was seen in a viral video online, arguing with the Policemen, insists calling his lawyer before he could be arrested. 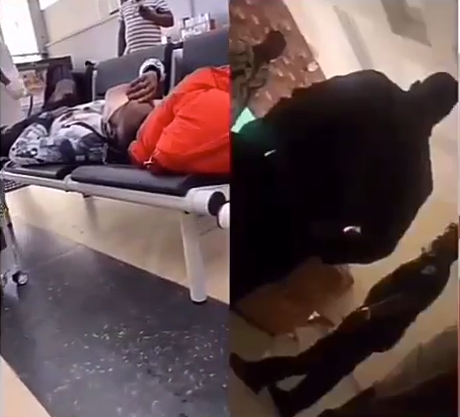 Recall that about two weeks ago, a short viral video of Cent Remmy acting sick at the airport went viral on social media. However, his action has caused many people to believed he had been infected with Coronavirus. After the health workers were called to attend to him, he alleged he was fine and made it known that he was only pretending and acting.

However, the matter was taken seriously with him as people didn’t believe he was faking it.

According to a close source at the police station where the young man was detained, “He was arrested and detained for allegedly misleading the general public, causing panic among workers at the airport and among Nigerians as well.”


I’m a graduate of Mass Communication at the University of Ibadan, Oyo-state Nigeria. I am the Content Editor for Asorock Media and Investment Ltd. My hobbies are writing, blogging, swimming and traveling.