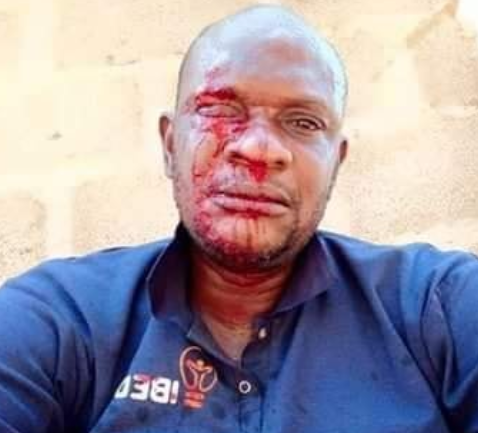 A staff of the PHCN unit of Ibadan Electricity Distribution Company (IBEDC), Ayorinde Olajide was assaulted by aggrieved inhabitants of the Isale Igbeyin area of Abeokuta, Ogun state on Thursday, April 24th. Olajide while relating his ordeal, said he was out on an official duty to distribute electricity bills to the residents of the neighborhood who were at home due to the lockdown order which was imposed by the federal government.

“I was busy distributing electricity bills to houses in a place named Grammar School and Isale-Igbehin while I was asked to stop the unnecessary distribution of bills shortly before a group of people attacked and pounced on me. I was not allowed to give any explanation before they started throwing stones at me which affected one of my eyes.”

Olajide continued, saying; “I was bitterly beaten up without pity for discharging my duty, even when my boss arrived at the scene to rescue me into her vehicle, a guy came and hit me on my left eye. I was later rescued by my boss who reported the attack at the Ibara Police Station after which I was taken to a nearby hospital for immediate medical treatment.” he added.