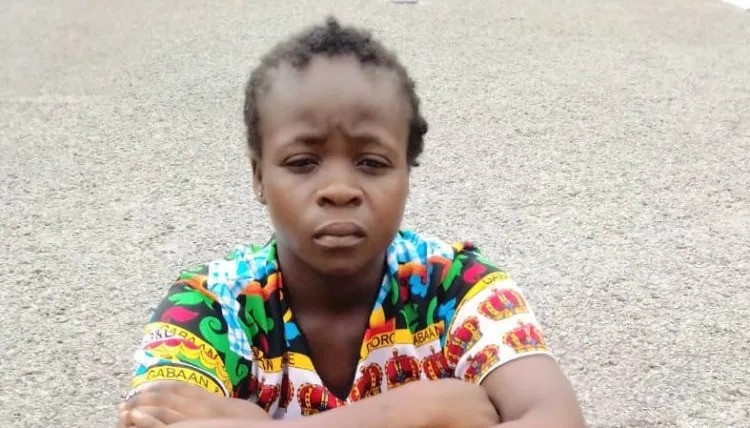 The Nasarawa State command of the Nigerian Security and Civil Defense Corps, NSCDC) has arrested a 22-year-old pregnant woman, Veronica Boniface for allegedly stabbing her husband to death after she noticed that he received a call from a lady she she suspected to be his girlfriend.

While parading the suspect at the command headquarters in Lafia, the state capital, the NSCDC state commandant, Habu Fari, confirmed to newsmen that the woman was arrested in Obene town of Keana Local Government Area of the state, after an intelligence report.

Mr Fari while speaking with newsmen, said; “The woman being accompanied by some residents, rushed her husband to the hospital after he has been stabbed by Veronica with a kitchen knife when they have an argument which ensued between Veronica and her husband.”

We found out that she has a two-and-a-half-year-old kid but now in the hands of the relatives of the late husband, Mohammed,” He added.

Veronica who said she was one month pregnant, begged for mercy and blamed her action on the devil.

However, the woman said her intention was to scare her husband in order to collect the phone but she mistakenly killed stab and killed him in the process.